Wot’s dis den!? A post without any pretty picuteres?!

Well, yeah. I thought I’d take blogging to the next level and do some ‘in between’ posting.

The plan is very simple. I’m going to do a ‘what’s cooking’ every month to explain what’s been going on in my gaming life besides what I’ve finished.

I do many things that don’t end up in images and I start many projects that I don’t finish, and they won’t get any spotlight other than this. 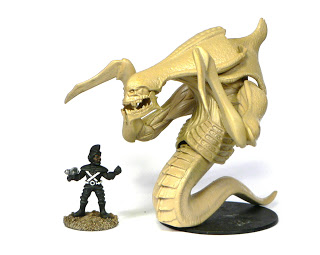 Well for starters I have been painting the rest of my Dux Britannarium forces… but you’ve seen all that. Also I’ve been toying around with different things for my retro sci-fi setting and things have gotten underway well with that I think.

The space police didn’t make it to completion, but here’s a view of their current state. I certainly do expect them to finish in February.

I joined a thing on a Danish wargaming forum (www.powerfist.dk – don’t go to http://www.powerfist.com!) where you had to paint a unit a moth for half a year and thus get an entire army going. I chose to do a 1000 pts Russian force for Bolt Action.

In retrospect I should have known that it wouldn’t be a very active thing. A few of the guys who joined have actually painted anything and I don’t really need motivation to finish stuff.

January has also been the month where I started Vikings! During a painting session this Friday I dug out my old citadel Vikings and painted a gripping beast special that Janner was kind enough to give me. I really love Vikings and I think that living in Denmark, that needs no explanation.

Our country has so little interesting to paint in modern history and thus the whole tradition of military wargaming is much much less expressed here in Denmark than it is in the UK for example. Most of our wars end in utter defeat and does not include that many exciting battles – more like lawnmower assaults by different nations.

But with the Viking age it is different. People who may be the ancestors of current Danes actually went out into the world and changed a bit here and there. Interesting times and the museums in Denmark even cover this subject!

I also managed a wee bit of gaming between all the studying for my different exams (chemistry graduate here). One of the highlight, I think, were The Lord of The Rings with janner. The game is easy, fast paced and relies heavily on characters. But I can live with all that.

We’ve both stocked up on books for the game, and I’m going to try the fellowship campaign out with my two eldest sons. They’re completely taken by LOTR and I hope to show them that gaming – apart from on the Wii, PS3, phone or PC – can be fun as well.

Lastly I dug out this old chaos chariot that I started. I’m hell bent on finishing it soon. vikotnik adviced me to go for a dark/black theme for the sheep (I wanted to paint it in rainbow colours) and I think I might try that.

So what are my hopes for February?

First and foremost I look forward to gaming some Dux with janner. We’ve been slavering away and now it’s time to reap the fruits of our hardships.

Sencondly I hope to get a few space cowboys from Killer B Games and make a bit of terrain for that. It’s all shit and giggles here, but I really like to keep the ludicrousness within reach. I imagine 4-5 buildings, all made from corrugated card board and painted like rust. Of course one of them will be a saloon – Robots not welcome!

Thirdly and lastly I hope to try out Sir Tobi’s gaming mat tutorial. I’ve bought some sack cloth and I’m going to try adding the acrylic paste to that and see if it works out. I haven’t been able to find decent priced canvas  and so I’ve gone with a much cheaper alternative.