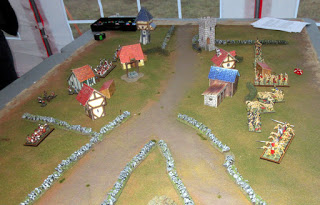 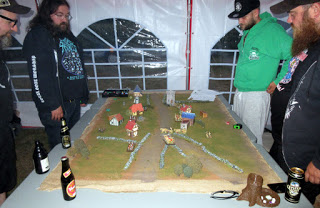 The armies were a bit uneven as the dwarves were very character heavy.  The dwarf player was unfamiliar with all of his rules and this probably played against him as much as the undead.  He quickly found out how to use the cannon though with was rather devastating.

The undead didn’t care much about being decimated and just trucked on. 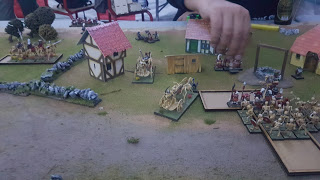 A few minor confusions about characters in units left us puzzled mid game.  The chariots of the undead seemed almost invisible! 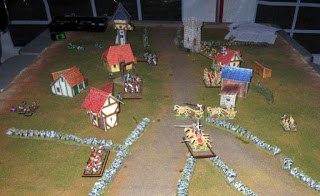 The dwarves failed pretty much all their fear tests which made it very easy for the dead. 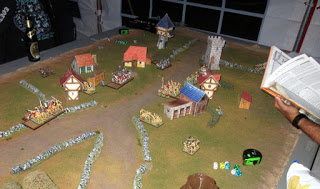 I like the undead cavalry and the idea that terrain doesn’t obstruct them. 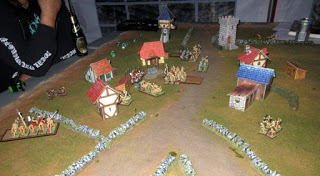 The undead only managed to search one house and in the end the dwarves were overrun before  the grimoire was found. 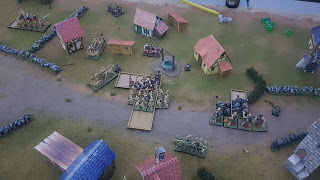 I love the strategies and the aesthetics of the game. I think all involved players need a good knowledge of their armies to get the most from it and this it lends itself less well to demonstration.

I think a skirmish version of the scenario would work really well too.